Dent is among the coins with the most rapid growth in the crypto market. This success is achieved thanks to its ambitious roadmap plans and its utility to exchange users’ mobile data supported by a P2P decentralized mechanism. Dent also has an expansion plan to bring its services to new prominent markets by the end of 2021. This gives the crypto project a positive momentum when it comes to price rises. 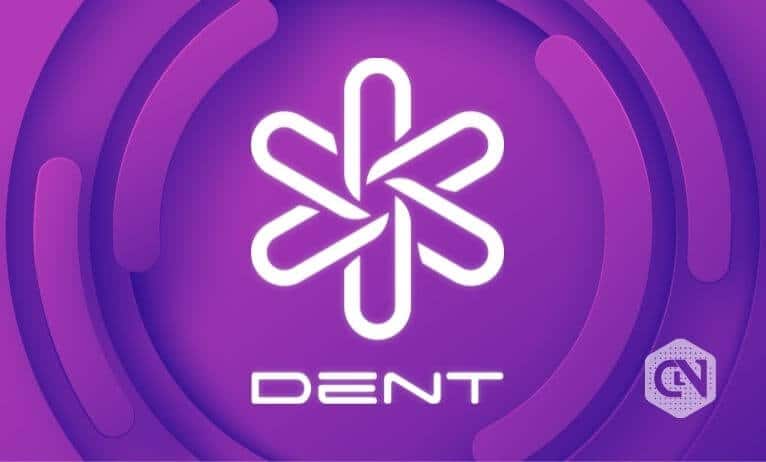 Let’s discuss DENT in more detail and give you a DENT coin price prediction so that you know what to expect.

What Is Dent (DENT)?

DENT brings revolution and disruption to the industry of mobile data by offering eSIM cards, roaming-free calls, top-ups, and data plans. DENT tokens are used as the main payment method in the DENTNet market. With DENT, users can buy and sell data without intermediaries.

DENT represents a mobile data exchange platform where users can globally exchange and donate their mobile traffic. The mobile data market is facilitated through the use of blockchain, while the DENT platform is hosted on the Ethereum blockchain. The goal is to provide ideal conditions for DENT users as a response to having mobile data become a treasured necessity over the last decade.

DENT officially launched in July 2017 and was developed with the idea to break tech monopolies with the help of DENTNet blockchain and DLT. By redistributing the way mobile data is sold and decentralizing the mobile data industry, DENT ensures fairness and cost-effectiveness among P2P buyers and sellers. Thanks to DENT nodes that act as network operators, DENT changes the model of using local mobile data providers by becoming a universal digital mobile operator with global outreach. Dent offers several mobile data plans that match the needs of global users by introducing international plans and calls free of roaming fees.

All services on the DENTNet blockchain are paid with DENT tokens, permanently recording every transaction on the blockchain. That means that all sellers are fairly and timely reimbursed for their services and all buyers can get the services they paid for. Traditional mobile operators normally provide their services locally, which is not the case with DENT. DENTNet offers mobile data to all DENT users on the global level and regardless of their locations.

DENT recorded an all-time high price (ATH) in January 2018 when the token reached the value of $0.11. At that time, all major cryptocurrencies topped their new ATH prices, driven by a positive global momentum at the end of 2017-beginning of 2018. Two years later, in March 2020, DENT dipped to an all-time low price (ATL), recording $0.00007 as its lowest historical value. Since then, DENT has recorded over 9,000% returns within a year.

A multitude of factors can influence the price changes of DENT, which includes the overall momentum in the cryptocurrency market and global crypto trends. Most cryptocurrencies follow the trajectory of the top crypto, bitcoin, which means that DENT may rise or dip with BTC. Roadmap developments and the increasing number of monthly and yearly DENT users can also influence its price.

Will Dent Go Up?

The price of DENT may go up at the end of 2021 as the transgression between the ending of one and the beginning of another year is usually the time when the most radical surges are recorded in the cryptocurrency market. The price of DENT may also increase thanks to the pending developments and updates to the DENTNet blockchain and the operation model of the DENT mobile data market.

Where Can I Buy Dent Crypto?

You can buy DENT crypto on Godex. This is where you can exchange a great number of coins and tokens. Godex swap offers unlimited exchange volumes, so you can trade as many coins as you wish at fixed rates and with complete anonymity. No registration or disclosing your personal info. You can also get a technical comparison on Godex for the tokens you are swapping.

Dent (DENT) is promising crypto with a prominent use case and a great potential to develop into a major global market where users can exchange and purchase their mobile data. With the increasing number of DENT users and relevant upgrades to the DENTNet blockchain, DENT is guaranteed to have a bright future.